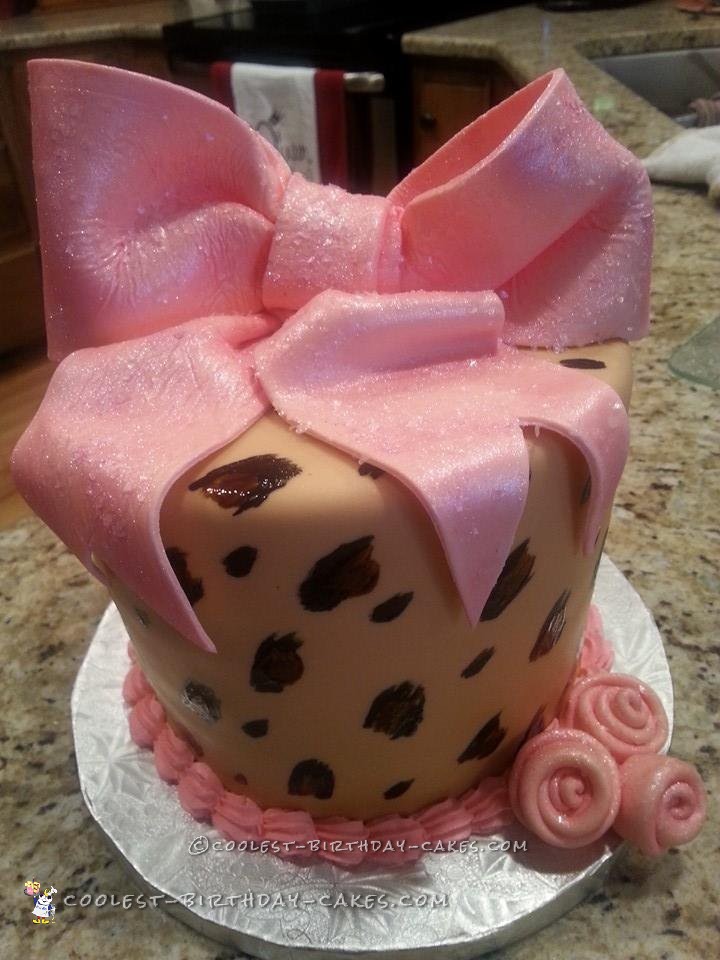 This is a pink and brown Leopard print cake that I made for the top of a cupcake tower for a Bunco party. The cake was modeled after one I found online.

The cake and cupcakes were a chocolate recipe also found online. It was two different boxed chocolate cakes with chocolate milk and sour cream added, among other things. The cake was made of three 6″ layers and I attempted to taper them to make it smaller at the bottom. It was covered in homemade marshmallow fondant and the spots were painted on with a mixture of piping gel, Wilton coloring and powder sugar.

The bow was made with a 50/50 Gumpaste and fondant mix and steamed then sprinkled with clear sugar sprinkles. The rolled roses were also made with 50/50 Gumpaste fondant. I used chocolate buttercream on both the cake and the cupcakes made from a recipe on the Wilton website. The cupcake wrappers were hand cut from scrapbook cardstock. 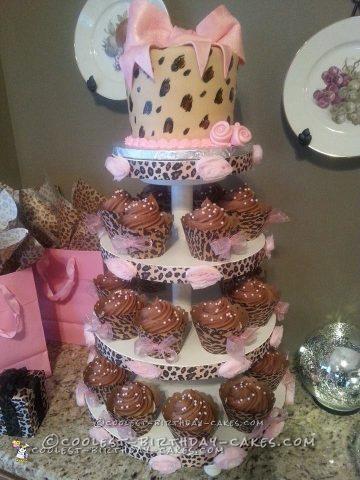 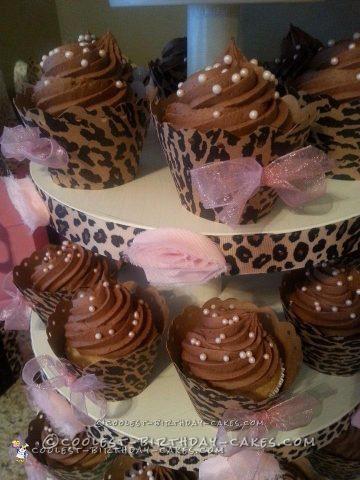